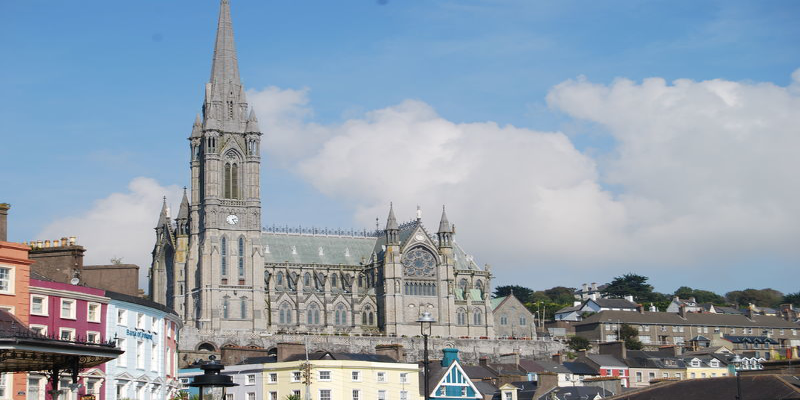 Leaving Cork, head out of the city along the Lower Glanmire Rd (past railway station) following the signs for Waterford (N8 and on to the N25) for approximately 16Km

Take the R624 exit for Cobh (After 4Km you will pass Fota) follow the signs for 10Km along a winding road which brings you in to the centre of Cobh.

Continue on to the next exit (approx 2Km) which will bring you to a junction after 100m. Turn right on to bridge over N25 to another roundabout. Take 2nd exit and follow the signs for Barrycourt Castle which is clearly visible but not well signposted.

You will need to get back on to the N25 once more. Drive over bridge (crossing N25) in to Carrigtowhill Village (0.5Km from Barrycourt Castle) to T junction on village main street. Turn right and go straight for 1 Km which brings you back on to the N25. Drive straight on for 10Km to roundabout. Take 3rd exit for Whitegate (R630). After 1Km turn left on to R629 (Signposted Ballycotton). Continue on for 17 Km through the village of Cloyne, past Ballymaloe House and on to Ballycotton following the signs all the way.

Leaving Ballycotton on the R629, head towards Shanagarry (home of Stephen Pearse Pottery). After 4.4Km turn right onto the R632 towards Castlemartyr. Entering Castlemartyr after 9Km turn right back on to the N25. From here you drive straight on for a further 18Km towards Youghal (well signposted).

To return to Cork, follow the same road on which you came in to Youghal. It is a straight run for 25Km before taking a right turn on to the R907 which brings you on to the main street in Midleton (clearly signposted).

To return to Cork turn on to Saint Mary’s Road – R630 (signposted Whitegate). After 0.6 Km at the roundabout take the 3rd exit onto the N25 (signposted Cork). From here it is a straight drive for 21Km back to Cork city centre.