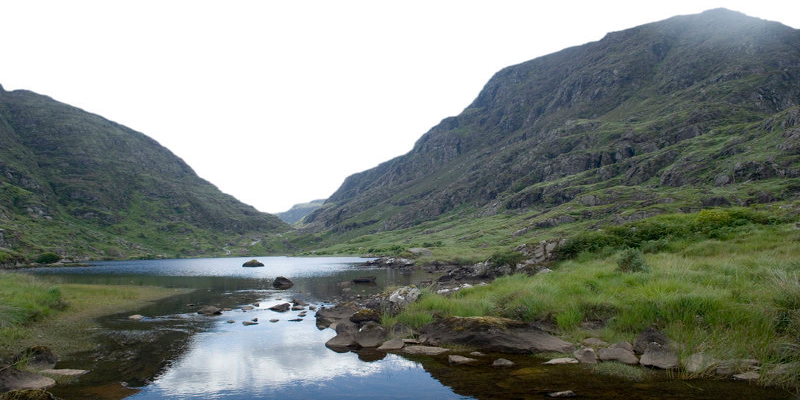 Killarney National Park is a unique and special place. Situated in south-west Ireland, close to the most westerly point in Europe, the National Park covers over 25,000 acres (10,000 hectares) of mountain, moorland, woodland, waterways, parks and gardens.

The mountainous old red sandstone uplands support large areas of blanket bog, and the remoteness and relative inaccessibility of some of these areas aids the continued survival of Ireland’s only remaining wild herd of native Red Deer

Central to Killarney National Park are the world famous Lakes of Killarney, which make up almost a quarter of the Park’s area. The three lakes are known as the Upper Lake, Muckross Lake (Middle Lake) and Lough Leane (Lower Lake), and are joined at the ‘meeting of the waters’, a popular area for visitors to the Park.

It is here that the Old Weir Bridge (thought to be over 400 years old) can also be seen.

There are many Brown Trout in the lakes, in addition to an annual run of Salmon. Unusual fish species include the Arctic Char (usually found much further north, and thought to be a relict species left behind in Killarney after the last ice age) aswell as a large variety of migratory birds.