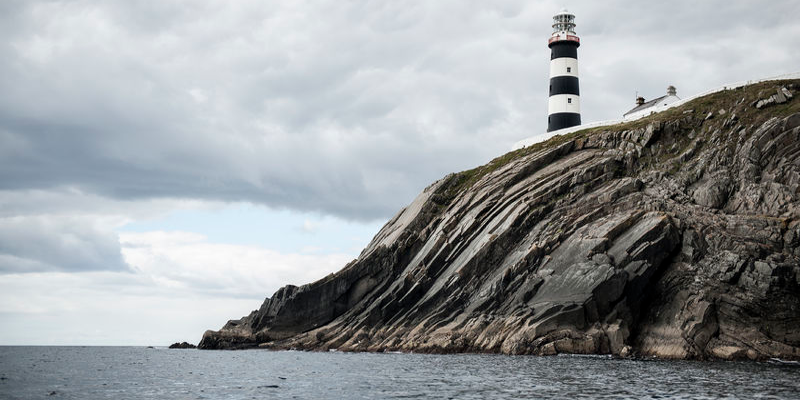 2015 brings up the centenary anniversary of the sinking of RMS Lusitania, off the coast of the Old Head of Kinsale. The sinking of the Lusitania remains one of the great maritime tragedies, and was certainly one of the most impactful events during the First World War. Despite having only been passing through, the Lusitania left a huge mark on Cork Harbour.

The Lusitania was struck by a torpedo from a German U-boat at 2.10pm on May 7th, 1915. The vessel had sunk just eighteen minutes later. Of the near 2000 passengers and crew aboard the Lusitania, nearly 1200 people perished in the Atlantic Sea that day. Most of the bodies were never recovered, with those who were found buried in nearby Cork towns like Cobh and Kinsale. The ship’s passengers had been mostly made up of British, Irish and American citizens. A number of notable figures of the time, such as Sir Hugh Lane and Elbert Hubbard, were among the dead.

While the Lusitania’s tragic end is mostly remembered as being a primary reason for bringing the United States into World War 1, it should also be noted how quickly the response came from the brave people in and around Kinsale who set out to answer the distress calls from the ship, and helped to save many lives. This undoubtedly was a major factor in ensuring that the number of survivors ran to 761.

The commemorations will be known as Lusitania 2015, and will take place between May 1-7. Cork Harbour has had an indelible link to the Lusitania ever since its sinking, and there is a significant schedule of events to honour the sunken ocean liner, which was once the largest in the world. The anniversary will be marked by the arrival of two Cunard Line cruise ships, The Royal Princess and Queen Victoria. At 2.10pm, the Queen Victoria will sound her horn to mark the moment the ship was first struck, and then again eighteen minutes later at 2.28pm to mark her sinking. This will be followed by a minute of silence.

Organisers hope to have the President of Ireland, Michael D. Higgins, in attendance to preside over the ceremony. There will be an oration in Cobh, just a short walk from Cork Harbour, before a procession through the town. After the official commemoration ends, there will be musical performances, as well as a flotilla of boats that will depart from Roche’s Point and head towards Cobh. The featured boats will include work boats, fishing boats and pleasure craft, and all will be lit up with bright white lights as they pass.

The sinking of the Lusitania is a huge event in both Irish and World history, and the litany of memorials in Cork will honour the fallen ship impeccably. The harrowing tales of survivors will be recounted once more, and the graves of those who were buried in Cork will be honoured. May 7th 1915 was one of the darkest days in the coastal waters off of Kinsale. Its centenary will be commemorated with solemn dignity.