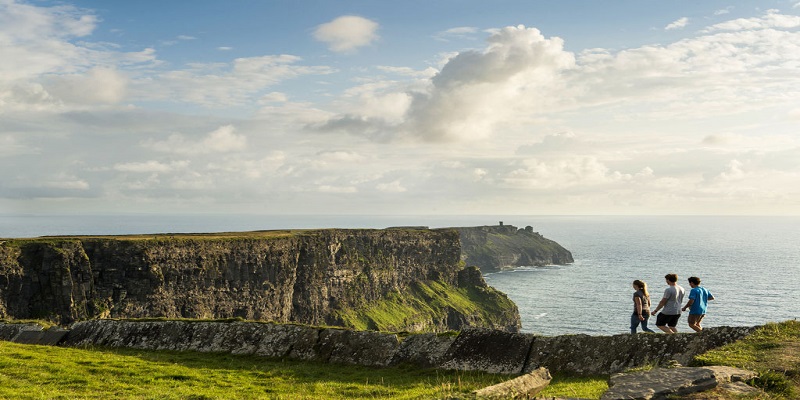 The Spanish public are looking to come to Ireland for many different reasons. Some of them want to come to enjoy a trip along the Wild Atlantic Way, or to visit some of the many places located along the route. Some examples are the Cliffs of Moher or the Ring of Kerry, where the tourists can enjoy the Irish landscape, flora and fauna.

On the other hand there are Spaniards who are looking to explore the famous Irish cities and soak up Ireland’s culture in a different way. They prefer to visit museums and monuments, enjoy the Irish art and music and have a great time at some of the many Irish Pubs Ireland has to offer.

There are a lot of Spaniards who are coming to Ireland for more than tourism. They find in Ireland a perfect country to work for quite some time, or to study either in college or in an English course for a few weeks or months.

So, based on my time here in Ireland as a tourist. I have created a list of the 10 most popular places to visit in Ireland for Spanish people, without further ado, here is the list:

1.- Dublin: With an urban population of 1.300.000 persons, Dublin is Ireland’s capital and largest city. Dublin is situated at the east coast of Ireland and was founded historically as a Viking settlement. Nowadays it is an important centre for education, the arts, industry, economy and administration.

The city of Dublin has a lot of landmarks to explore such as Dublin Castle (which was first founded as a major defensive work in 1204), St. Patrick’s Cathedral and Christ Church Cathedral. The city also has many beautiful landscapes, such as the the views of the River Liffey and the many parks along the city. Some examples of parks in Dublin are Phoenix Park (which is Europe’s biggest city park), Trinity College, St. Stephens Green, among many other.

Despite all of that, the main attractions of Dublin are the wide amount of cultural activities to attend, as well as the typical music and the many Irish Pubs the city has to offer. 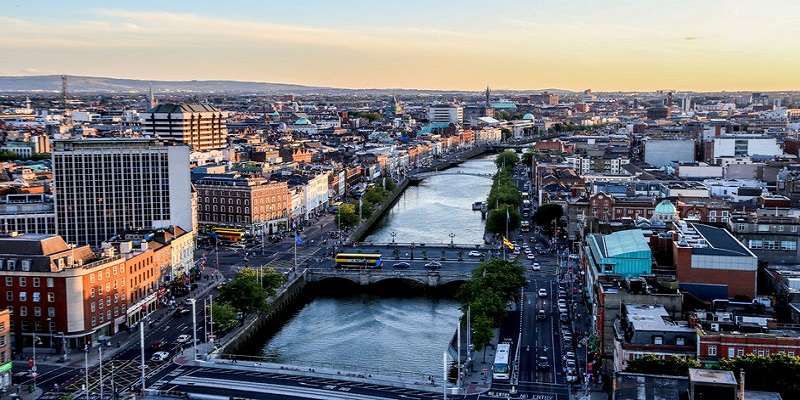 2.- Cork: Located in the south-west region, is the second largest city in the state. Cork City is built on the River Lee, whose channels divide the city placing the city centre in an island.

Cork has a lot of things to do and to see, especially if you are one of those who like to learn about the local culture. This is because the large amount of museums, parks and typical pubs and places Cork has to offer. Cork is, as well, a university city, so it is a place packed with young people where you can find an interesting vibe and nightlife.

Besides all of that, if you want to explore Cork’s surrounding areas, there are many other beautiful places and villages you can explore. Some of them are the Blarney Castle, Kinsale, Cobh or Fota Wildlife Park. 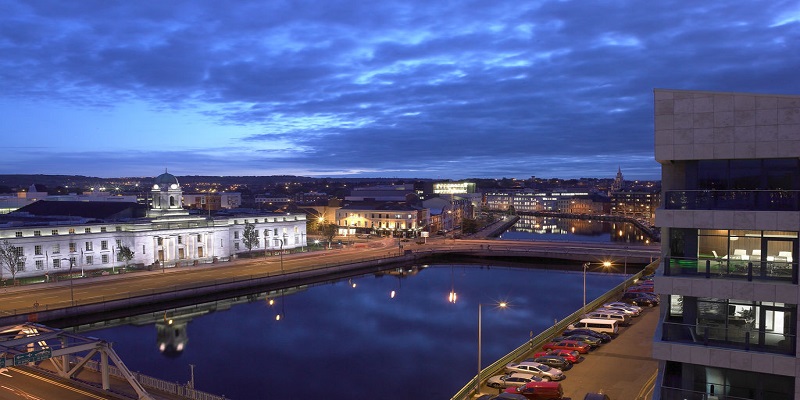 3.- Galway: Is a city in the West of Ireland which has a population of 75.500. It houses a wealth of medieval buildings such as castles and churches. Galway is known as Ireland’s Cultural Heart, so it has a lot of cultural activities throughout the whole year such as festivals and museums.

If you want to explore the surroundings of Galway, you will find out amazing places such as Connemara, the Aran Islands or buildings such as Kylemore Abbey. 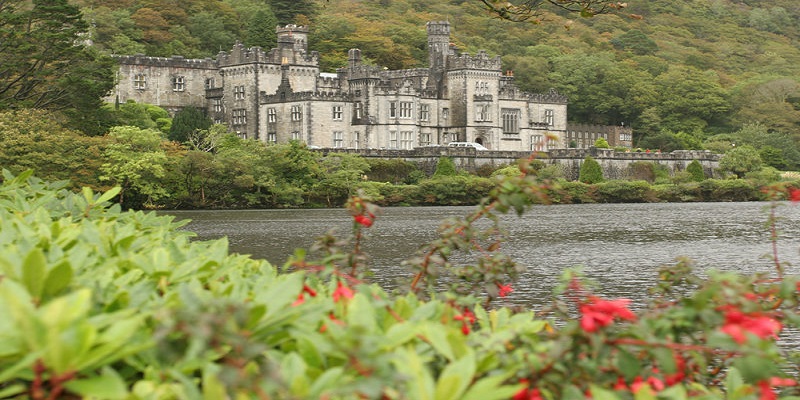 4.- Cliffs of Moher: Located at the southwestern edge of the Burren region. They rise on average 120 metres above the Atlantic Ocean reaching 214 metres at their higher point just north of O’Brien’s Tower.

The Cliffs are one of the main attractions in Ireland. From there people can enjoy a wonderful view of the Atlantic Ocean and the Aran Islands, accompanied by an estimated 30.000 birds, including Atlantic puffins and razorbills.

In the same region as the Cliffs of Moher, you can find out many other beautiful places to explore. Some of them are: The coastal village of Doolin (which is famous for its traditional Irish music played nightly in its pubs and the numerous nearby archeological sites), the Ailwee Caves or the Bunratty Castle (a 15th-century tower house located in the centre of Bunratty village). 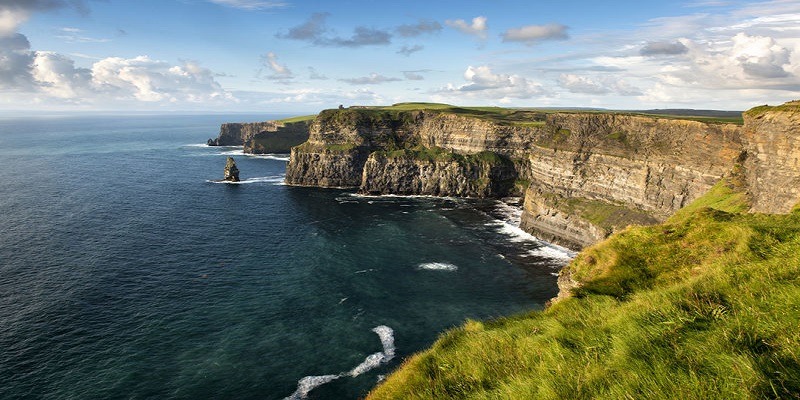 5.- Limerick: Limerick is a city in the Mid-West Region which lies on the River Shannon. The historic part of the city is located on King’s Island which is bounded by the Shannon and the Abbey River.

Limerick is famous for its history and castles, the 13th-century King John’s Castle being the most famous of them. The city is also known as the home of Irish Rugby and located very close to the small village of Foynes, where you can find the Foynes Flying Boat Museum. 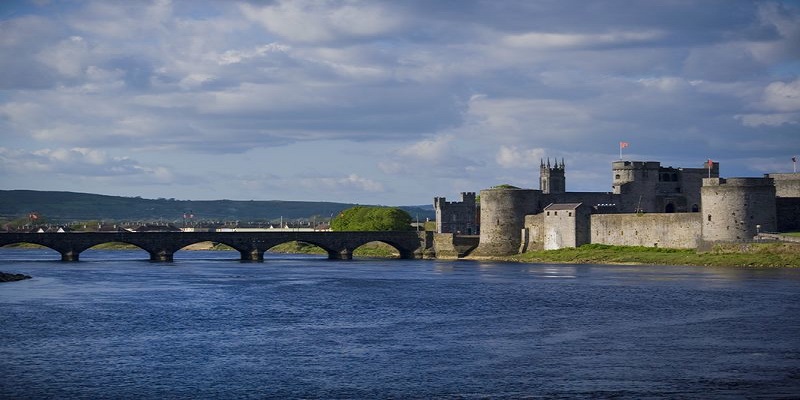 6.- Killarney: This is an important town with a special natural heritage, history and location, as it is situated on the Ring of Kerry, making Killarney an important destination for all kinds of tourists.

The town has been awarded with several tourism prizes and is part of the Killarney National Park, which was the first national park in Ireland encompassing over 102.89 Km2 of diverse ecology, woodlands and mountain peaks. 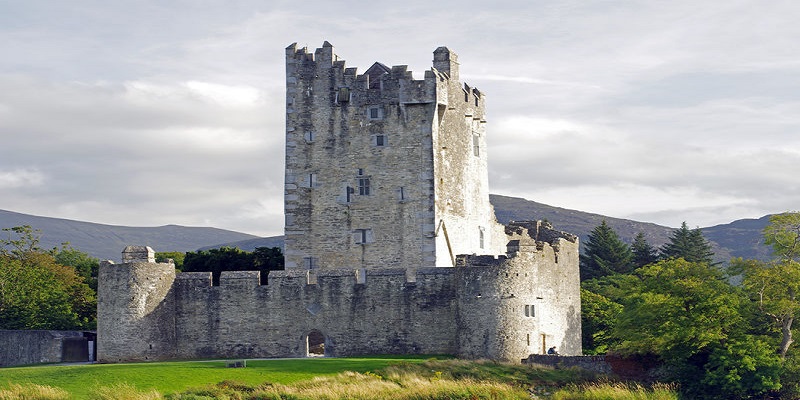 7.- Ring of Kerry: This is a beautiful 179-km-long circular tourist route located in south-western Ireland.

The route starts from Killarney and passes through many pretty and historical villages and towns such as Sneem (a village also known as “The knot” due to multiple legends), Waterville (a town sited on a narrow isthmus famous for being Charlie Chaplin’s favourite holiday spot), Cahersiveen (town where the first shots of the Fenian Rising were fired, and where you can find the only church in Ireland named after a lay person) and Glenbeigh (known as “The Jewell in the Ring of Kerry”).

Touring the Ring of Kerry you can view many different environments and enjoy a vast selection of attractions with wonderful views of the Irish landscape, no matter if you travel by bus or car. 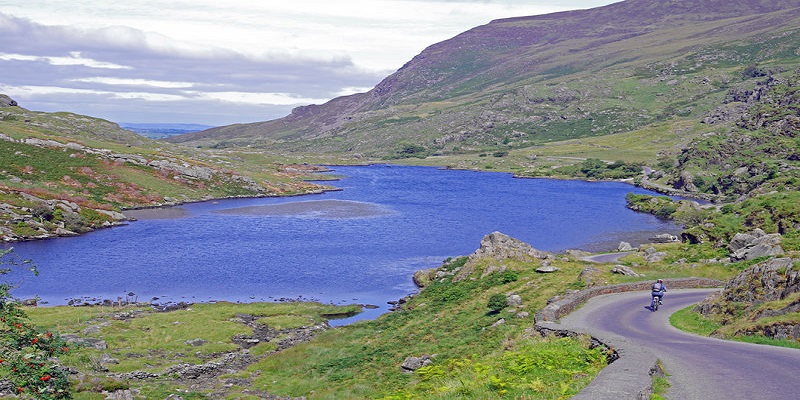 8.- Waterford: Located in the South-East, is the oldest city within Ireland.

Waterford has a special place in Irish history, the city has served as a settlement for Vikings and is well known for its former crystal making history famously known as Waterford Glass. Waterford is located close to the Copper Coast, which has been declared UNESCO Global Geopark due to the geologically diverse area tourist can find there. 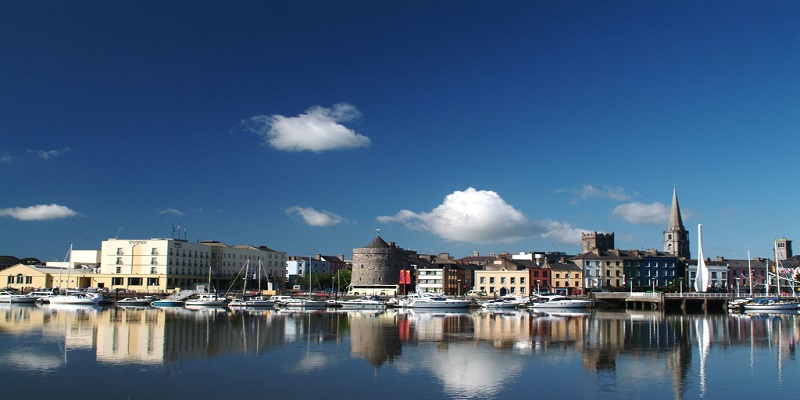 9.- Giant’s Causeway: Declared a World Heritage Site by UNESCO, is an area of 40.000 interlocking basalt columns which can reach up to 12 meters, the result of an ancient volcanic eruption, ranking it as one of the main tourist attractions of the region. It is located on the northeast coast of Northern Ireland, just 2 hours by car or bus from Belfast.

In the surrounding area of Giant’s Causeway you can enjoy the beautiful Game of Thrones landscapes, as the main headquarters for the production of the TV series is located in Belfast and, therefore, most of the scenes are filmed in Northern Ireland.

The city of Belfast is also famous for being the city where the Titanic was built, where you can find a lot of interesting things to see and to do. 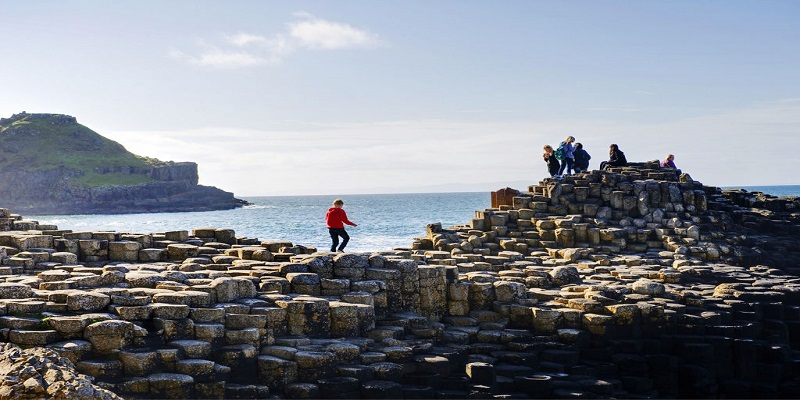 Dingle relies heavily on the tourism industry and is a place where the tourists can enjoy the wonderful views of the Atlantic coast, having a pint while listening to the best traditional Irish music in the many Irish Pubs, or interacting with Fungie, the friendly dolphin who lives in the harbour.

After all of that, if you still do not have enough, Dingle is the perfect town where you can practice your favourite outdoor activities, such as hill walking, bike riding or fishing. 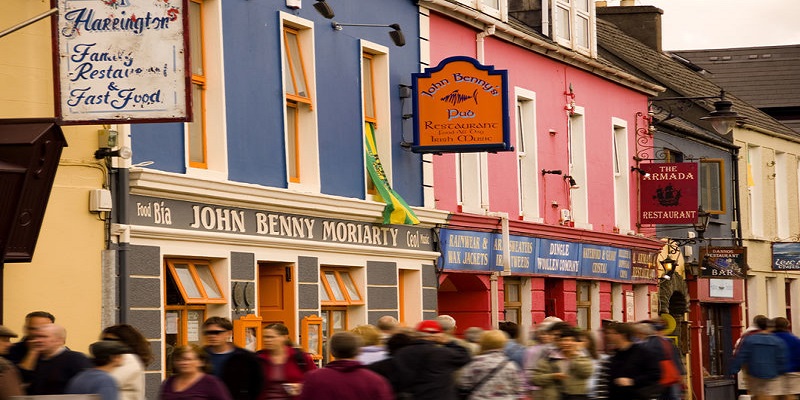