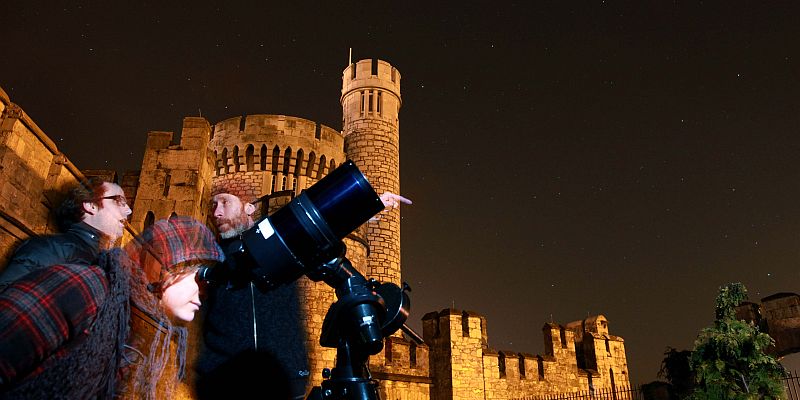 CIT Blackrock Castle Observatory – the Space for Science is Cork’s fun and exciting location to learn about the Universe and is one of the most popular family things to do in Cork.

Over 400 years ago the fortification which is now Blackrock Castle was built at the river Lee where the narrowing channel leads to Cork, and has been part of the city’s history ever since. The 16th century Castle is located 4km from the heart of Cork city and was built by the citizens of Cork as a watch tower and fort to guard the river entrance against pirates and other invaders

Today the Castle is a science centre and is home to Cosmos at the Castle, an award winning interactive astronomy exhibition which highlights recent scientific discoveries and their implications for life in outer space.  You can discover the wonders of the night sky in a Planetarium Show and send a Message to Space at the Pan Galactic Station – this will be sent at your command via the Castle’s radio telescope and beamed towards nearby stars with known planets in orbit around them.

The Castle is also home to The Comet Chaser, Ireland’s first interactive theatre. In this cinematic gaming experience, you make decisions that directly influence the design of a vital space mission to divert a comet on a crash course to collide with Earth. Using scientific principles to make critical decisions along the way, players in The Comet Chaser determine the outcome of the game.

To see the areas that still remain as a Castle then ‘behind the scenes’ guided tours take place at set times only; 13.30 and 15.30. Your tour guide will bring the past present and future together and take you down to the Gunnery, a National Monument and up to the Tower Top where you can take in views of Cork Harbour.