Elizabeth Fort is situated outside and to the south of the original walled city and is a fine example of a 17th century star-shaped fort. Originally built in 1601 during the reign of Elizabeth I. It was used as an army base for the protection of the city. It was demolished by the citizens of Cork in 1603 but they were compelled to rebuild it at their own expense. Want to read more about Elizabeth Fort.

It was replaced in 1624 by a stronger fort which had the same basic outline as that which survives today. It is reputed that improvements were also made by Cromwell 1649 when he laid siege to the city. It was used again in 1690 by Williamite forces to shell the city and a cannonball fired from the Fort at the old tower of St. Fin Barr’s was found during the 19th century rebuilding of the Cathedral and can be seen hanging in the new Cathedral. 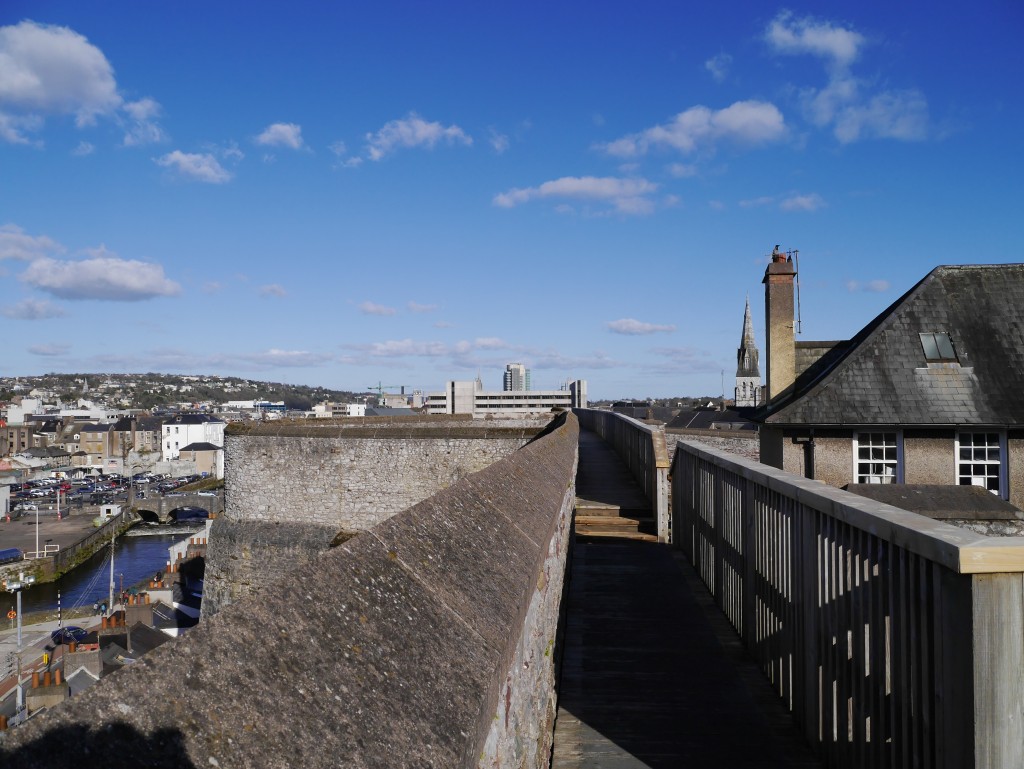 In 1719, Elizabeth Fort became a British military barracks and housed approximately seven hundred men.  In 1806, a ‘New Barrack’s’ was built on the north side of the city (now called Collin’s Barracks), and Elizabeth fort was converted to a Female Convict Prison. It subsequently became home to various bodies such as a station for the Cork City Artillery Militia. During the Irish War of Independence (1920-21), it was occupied by the Royal Irish Constabulary and duly handed over to the Provisional Irish government at the end of the war. It was a Garda Station (Irish police force) until very recently, and to this day remains one of Cork’s most historic gems. Never been excavated, Elizabeth Fort has a wealth of stories waiting to be discovered and to be told.

The fort itself is partially open to the public, but is well worth the stroll for the views over the city. It is generally accessible from 0930 – 1700.