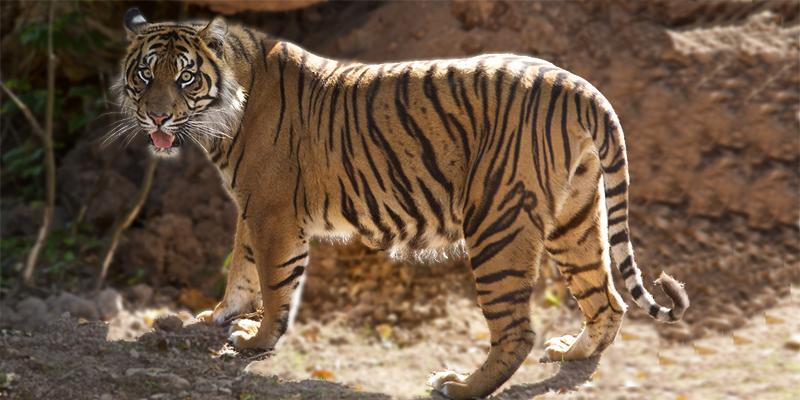 Fota Wildlife Park was opened in 1983 by the then President of Ireland, Dr. Patrick Hillery, and is a joint project of the Zoological Society of Ireland and University College Cork.

In 2009 Fota Wildlife Park introduced Ireland’s wildest events calendar GO WILD @ FOTA with different events each month including Workshops, Activity Camps, The Cheetah Run Road Race, Music, Family Fun, Education and much more. One of the daily highlights at Fota is the Cheetah Run. The park has attained huge international success and is one of the most successful breeding programmes for Cheetah’s in the world. When people think of cheetahs they think of speed, imagining these cats racing across the African savannahs. Wild cheetahs reach speeds of about 100kph for about 20 seconds while they are hunting, so it is very fitting that these cheetahs work for their dinner. Whole (dead) chickens or rabbits are tied to a rope suspended from an overhead cable. The cats then chase and catch their meal as it zips back and forth from one end of the pen to the other.

FOTA Wildlife Park is not like an ordinary zoo. Wherever possible they have chosen animals that thrive in a free, range environment, which allows them to roam free, while mixed with other species and with us human visitors! The park underwent a major upgrade in 2010 and 2011, and ever since Fota has been drawing rave reviews and record numbers of visitors. It is one of the Top 10 visitor attractions in Ireland and is the Number 1 visited attraction in Cork. It is going to be even more popular this year with the expansion of its Asian Sanctuary and the arrival of some amazing new guests with two new  Sumatra Tigers, an Asian Rhino and the un-impressively named ‘Warty Pig’ !

Fota Wildlife Park is open from 1000am – 5pm Monday to Saturday and from 1030am – 5pm on Sundays. For further information just follow the link below or bookings can be made on our sister site Travelbuddy.