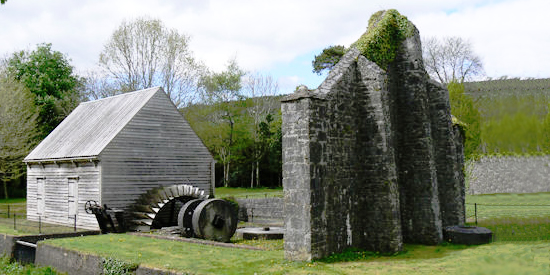 The Gunpowder Mills in Ballincollig are easily one of the most interesting historical buildings in all of Cork. The Mills were built and operated throughout the fluctuating period in Irish history that was 1794-1903. The Mills themselves have a noteworthy history that is well worth investigating on your next day off.

The Gunpowder Mills were built on the south bank of the River Lee, which in 1794 made it very advantageous from a military point of view. The British government purchased the Mills after the 1798 rebellion, which led to rapid expansion with a further twelve mills built on the grounds. The Mills closed after the Napoleonic Wars, but re-opened and thrived in Ballincollig in the mid-nineteenth century, with approximately five hundred people working there, with jobs including everything from coopers, mill-wrights and carpenters to specialist gunpowder makers and glazers.

All of the old buildings, which tell such a vivid story of life in eighteenth and nineteenth century Ireland, are still accessible, as the grounds have been transformed into the Ballincollig Regional Park, which is open to the public year round.