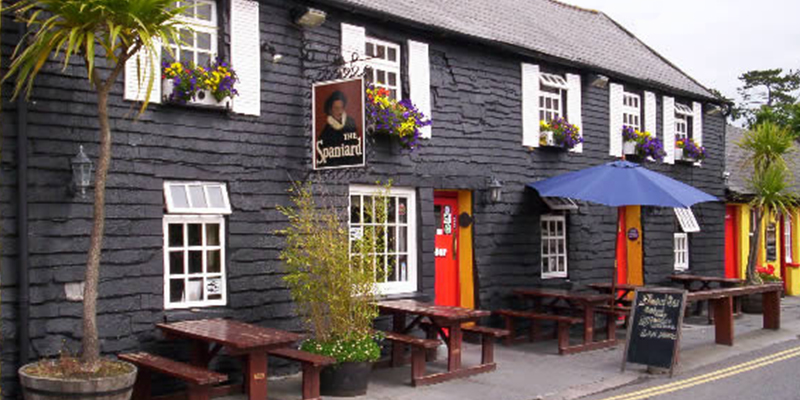 The Spaniard’s position overlooking the town of Kinsale in County Cork has always made it is easy to find. Being a Kinsale landmark makes it easier!

Finding the Spaniard from Kinsale town centre is a short walk to Scilly – which is about half a mile from the centre of the town. Being on a extreme bend means that you can’t miss the Restaurant.

The Spaniard is built on the foundations of an old castle. It was built on these ruins in or about 1650. As such it was first called the Castle Bar and run by the Coleman family of Scilly. It has been a famous pub almost since then – becoming a home from home for many sailors and fishermen.

In the 1960’s it took it’s present name of “The Spaniard”. The then owners did so to honour the brave and courageous Spaniard, Don Juan d’Aquila who took a significant part in the battle of Kinsale in 1601.

Bushes of Baltimore
The Rising Tide