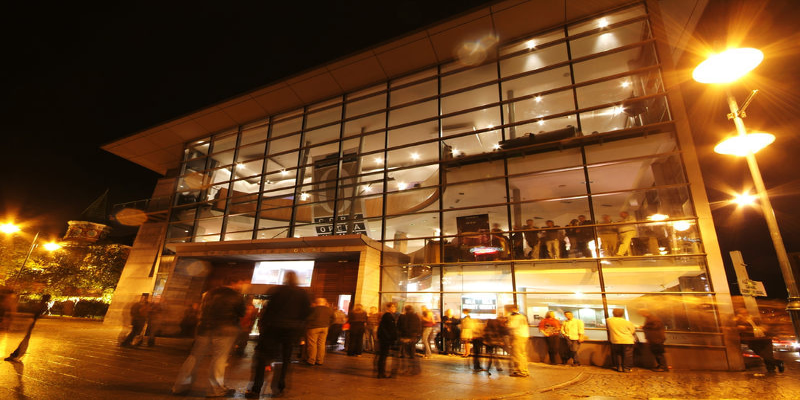 This year, 2015, the Cork Film Festival celebrates its 60th anniversary. The Festival will run from 6-15 November. Its tag line is ‘Films. Music. Ideas’. As well as playing a rich selection of the best of contemporary world cinema, it has a lively and varied music on film programme, and a timely event series which uses films to explore some of the burning issues of our time. The Festival operates out of the Cork Opera House, the Triskel Christchurch and the Gate Cinema.

The Cork Film Festival is one of Ireland’s premier cultural events. Established in 1956, the festival has enjoyed steady growth in scale, in numbers of admissions and guests, in reputation and in media coverage. The festival has developed an ever-increasing audience of general public, film lovers and filmmakers.

The programme is wide-ranging with an eclectic mix of big budget pictures, world cinema, innovative independent films, documentaries and short films from all over the globe. The festival is a major showcase for Irish film production.

While on the you can find lots of things to do in the city and the surrounding areas. We also offer a full list of the leading Cork City Hotels